From ‘The Argus’, Monday November 7th, 1955. p.25, this advertisement featuring the Goetz Model 400R can making machine was included as part of a souvenir lift out celebrating the opening of the then new H.J. Heinz factory at Dandenong. 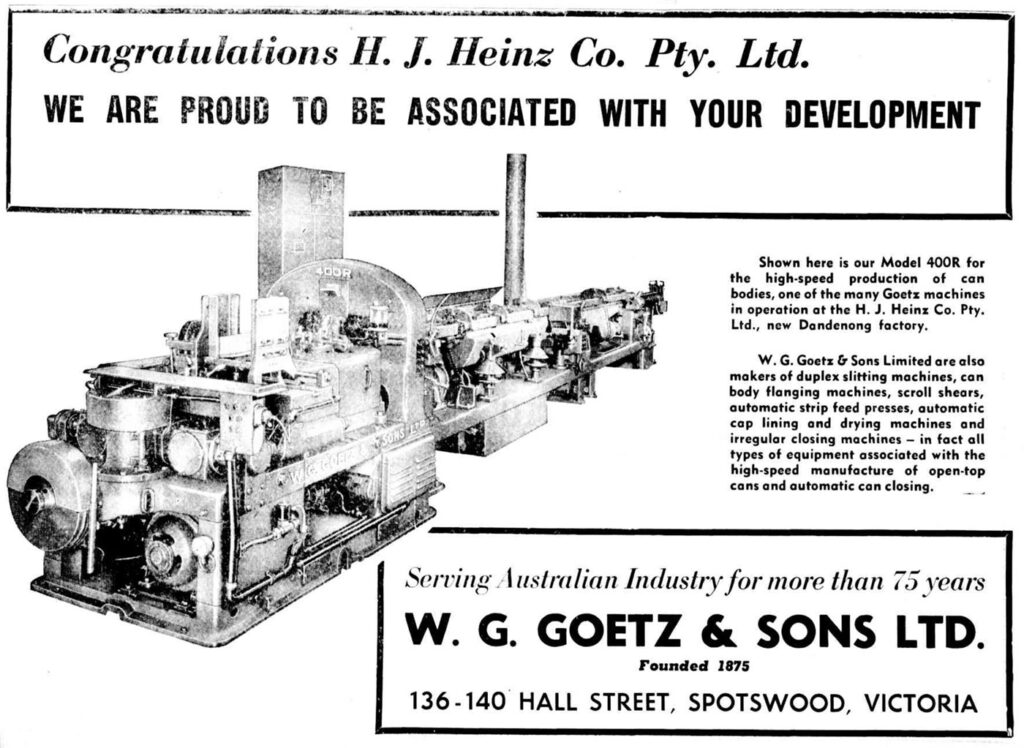 According to articles elsewhere, young Henry John Heinz commenced by growing, packing and selling his first product, horseradish, in his neighbourhood of Pittsburgh, Pennsylvania in the USA in 1869. His product ‘lines’ soon extended to and beyond the famous ’57 varieties’, which became the company slogan in 1896.

Although Heinz products became available in Australia from around 1895, demand was such that an Australian factory had to be set up. Its Australian operations commenced in October 1935 in a converted former piano factory in Richmond, Victoria. Perhaps as a nod to H.J.’s original product, bottled horseradish was the first product off the line at Richmond. By 1939, there were 40 employees, but the move to Dandenong saw an expansion of the workforce to 350 employees.

Although still headquartered in Melbourne, Heinz closed the Dandenong factory in 2000.