After operating at 140 Queen Street (renumbered as 260 towards the end of 1888), the Goetz engineering works moved to 399-401 Franklin Street West (later Batman Street), West Melbourne.

The move from 260 Queen Street to Franklin Street West occurred sometime between 1892 and 1895. According to an article in The Age on Monday 16th December 1907 p.6, the Melbourne City Council were to consider renaming Franklin Street West as Batman Street during a meeting later that day. The Age reported the next day on p.7 that the ‘the tenth order of the day’ of council business had been carried and the name change to Batman Street was official. The Goetz property was later renumbered as 115 Batman Street. 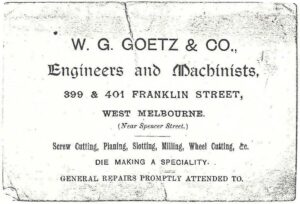 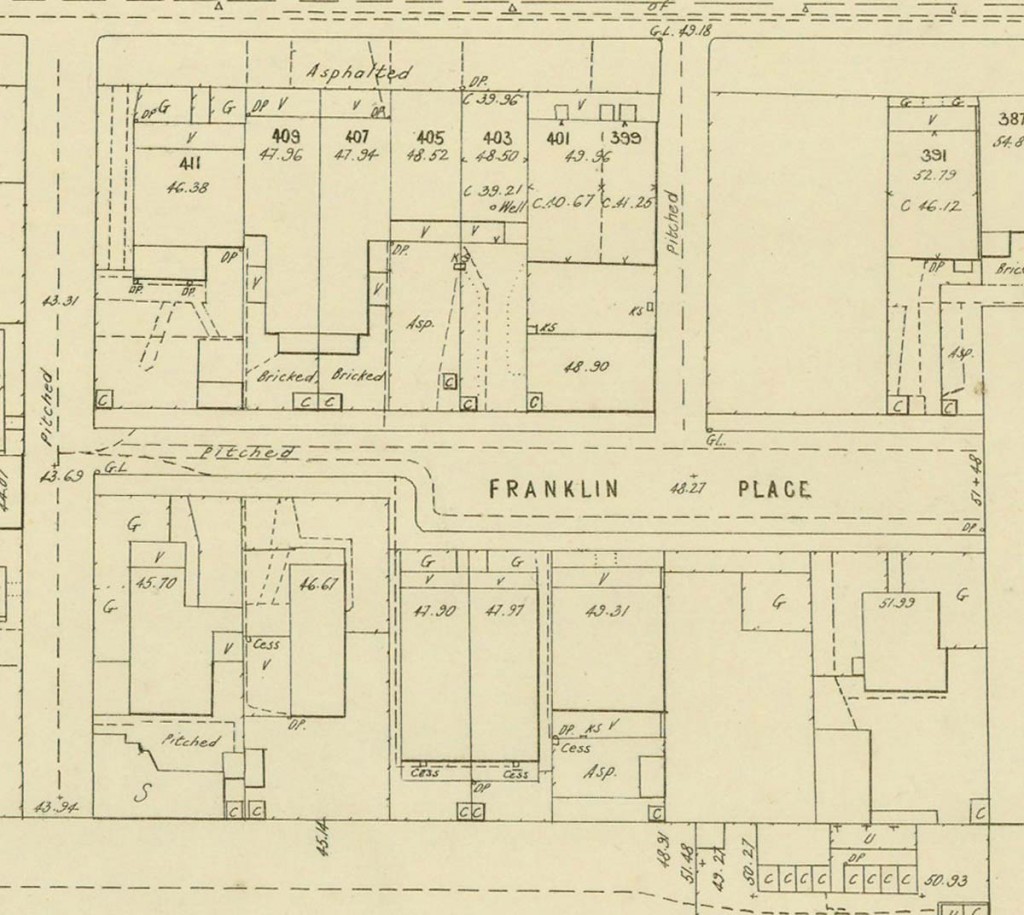 Between 1909-1911, Gottlob’s address was within a short walk at nearby Jeffcott Street, now occupied by the Remand Centre carpark. This was in addition to his Beaconsfield Upper/Emerald property ‘Almond Grove’.

W.G. Goetz and Sons remained at the Batman Street site until moving to larger premesis at 136-140 Hall Street, Spotswood in 1939. The Batman street freehold factory was sold to Demco Machinery. 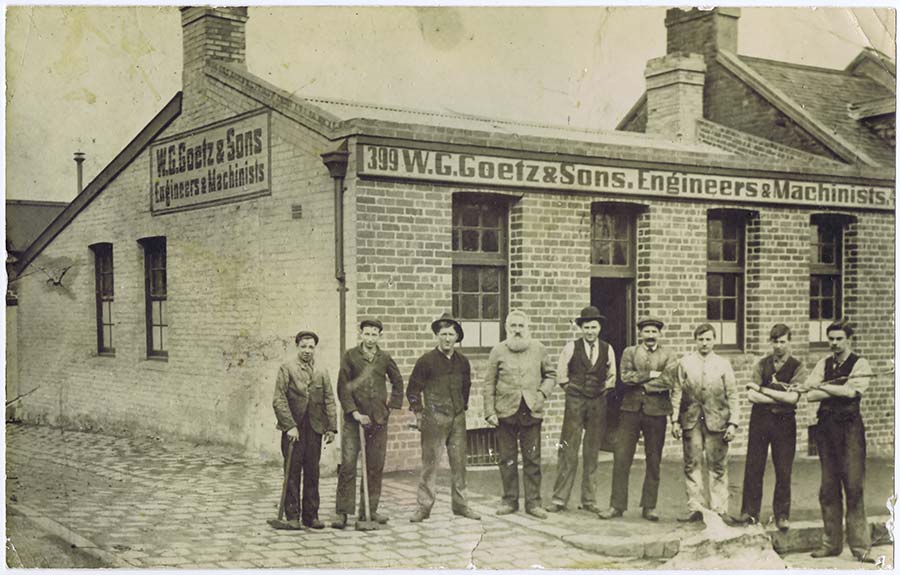 Below:  From the same angle, Jan 2011. The cobblestones in Franklin Place remain unaltered, except for a few remnants of an earlier covering of bitumen. 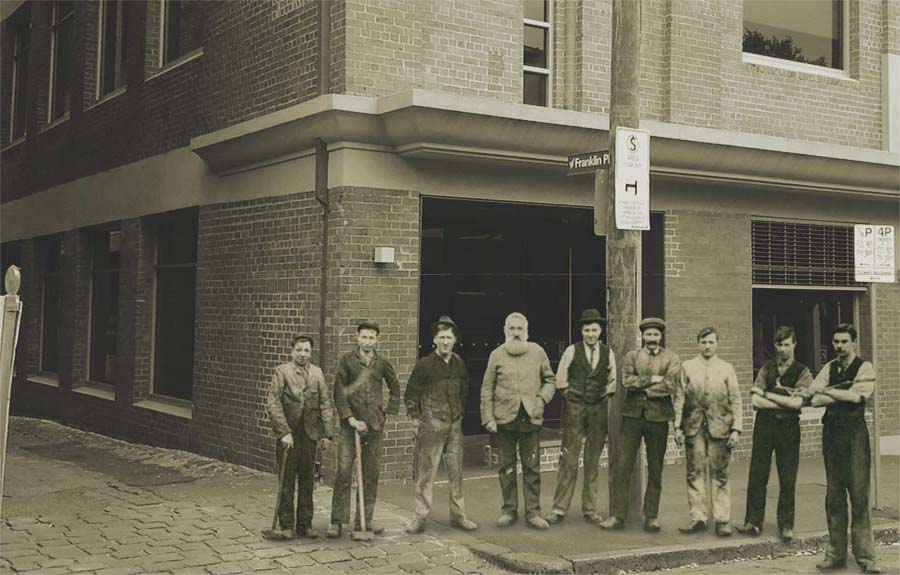 Below: Hand sketched floor plans of the works as they were between 1918 – 1924. From the location of the two fireplaces, the plan at the top looks like it may be of the building in the 1905 photo above (known as 399 Franklin Street West up to 16th December 1907) on the corner of Franklin place. The plan shows two fireplaces, a pattern bench, gas engine, end wheel press and a hand press. Batman Street would be along the top edge of the drawing with Franklin Place on the right. 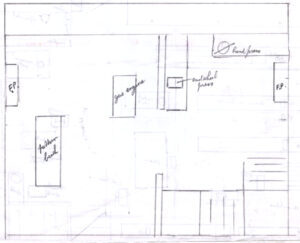 Below: On the other side of the same sheet of paper as the above plan, this plan may be a renovated and expanded version, where factory space behind has been added (i.e. the bottom half of the plan). The Batman St frontage is shown at the top as 35′ and the depth on the right as 90′. Unfortunately there is no notation on the 90′ side where the double doors are indicated. Perhaps this is the Franklin Place alignment? There is a forge, coal bin and anvil at the bottom left corner and an office at top right. 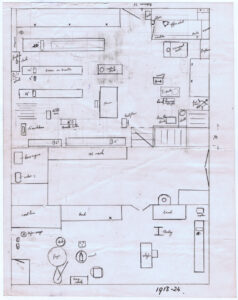