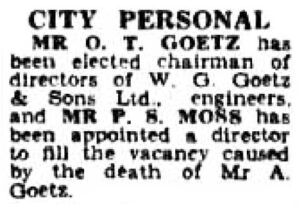 Above: From The Herald (Melbourne), 7 July 1953 p.6. Otto was elected Chairman of Directors. Peter Moss appointed as director to replace Albert Goetz, who had died  27 December 1952.
Below: The Age, 8 July 1953 p.6 reports that Otto’s appointment was to replace James Moss. 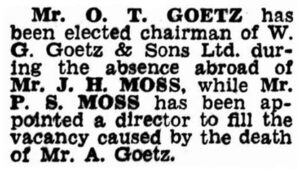 Otto, Albert and James Moss had also served as directors with RVB Engineering, next door to the W. G. Goetz factory in Hall Street, Spotswood. 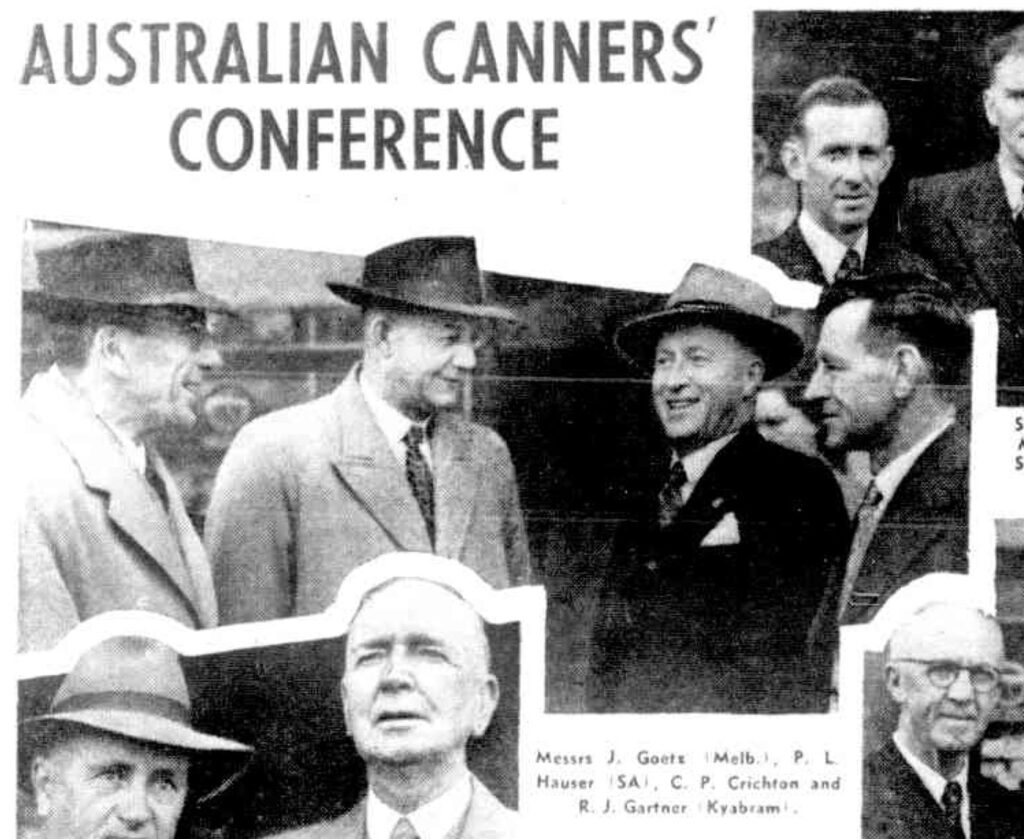 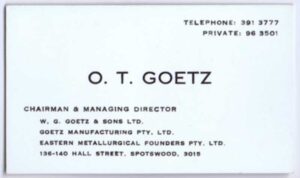 Otto Theodore Goetz became a great fan of horse racing, and a member of the Victorian Club, 141 Queen Street. Built in 1880, the club became the scene of the Great Bookie Robbery on 21st April 1976, where robbers stole between $1.5m and $15m in untraceable notes; the takings from 116 bookmakers after the Easter weekend races at Caulfield and Moonee Valley.

Below: Otto ‘Jack’ Goetz, 29 September, 1955 on the day of his daughter Shirley’s wedding. 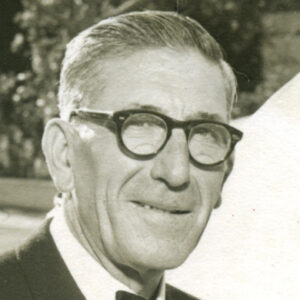 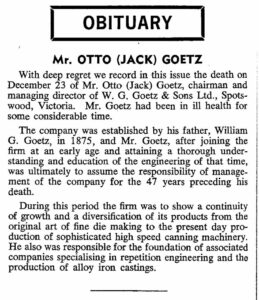