With the onset of WWII and the need for the local manufacturing industries to supply defence equipment, the Goetz directors decided that the Batman Street site in West Melbourne was by now inadequate for the tasks that lay ahead. Although still operating from Batman Street when this news article appeared, the company had purchased land in Hall Street, Spotswood and a new factory was under construction. Goetz also changed from a Pty Ltd company to a public company from April 1st 1939, certified later that month (see below). 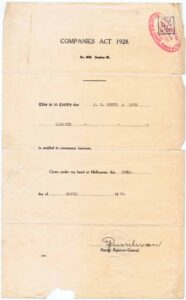 Below: Goetz goes public and plans to build a factory at Spotswood.
From The Herald. 30th March 1939. Click image to enlarge.

Below: Goetz (still operating from West Melbourne) purchase land in Spotswood so they can expand operations ‘to produce the necessary plant and equipment’ for the war effort.
From the Adelaide News. 30th May 1939, p.25. Click image to enlarge. 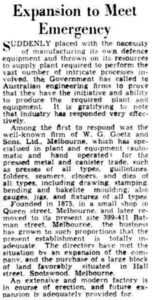 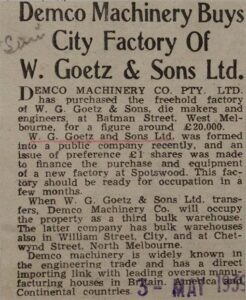 Below: 136-140 Hall St. Spotswood, with Burleigh Street on the right looking east towards the Yarra River (out of shot), showing the Goetz roof sign (still on the building as of 2020, but in need of restoration!) and the caretaker’s house next to the office block. c1960 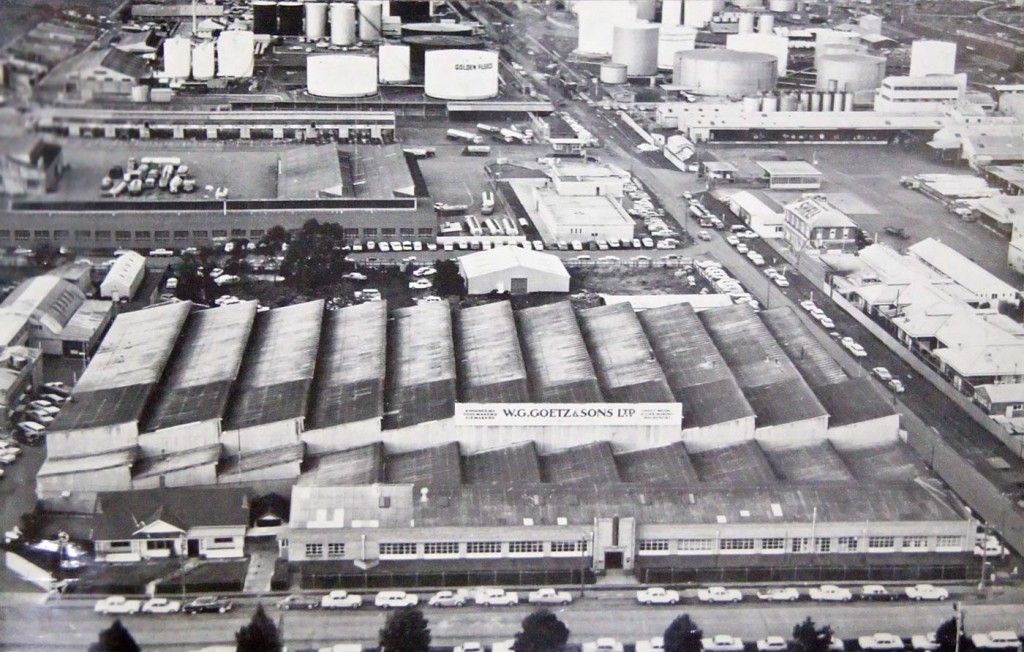 Below: With the Yarra River in the background and looking in a similar direction as the 1960s photo above, the vacant site on the corner of Hall and Burleigh Streets (with the two lone trees) that would become the Goetz factory is clearly visible in the middle of the photograph. The Bickford, Smith and Co. Explosives factory is the large building to the left. Fronting Hall Street next door to the vacant block is the caretaker’s house seen in the 1960s photo above. 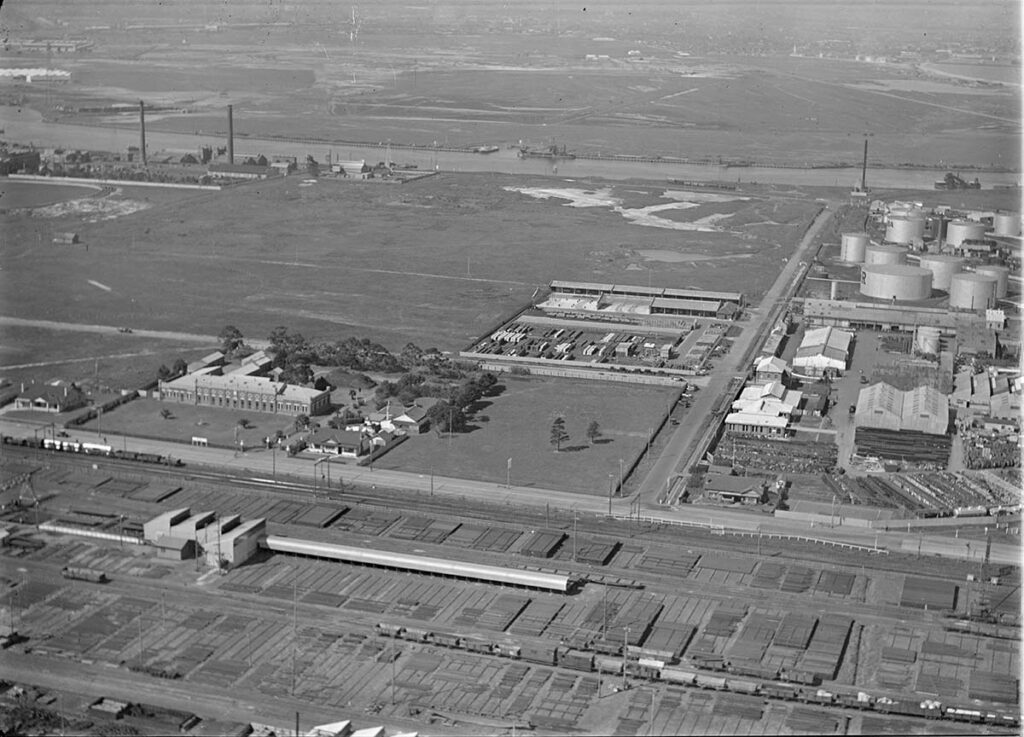 On 22nd June 1939 Goetz purchased the land at the corner of Hall and Burleigh Streets from RVB (part of CA 50, Lot 1 of 7 Parish of Cut Paw Paw) and began construction of their factory soon after; then in 1947, Goetz purchased more of the land from the then owners, the Department of Munitions (for whom Goetz operated a munitions production annexe during WWII), through the Commonwealth Disposals Commission. 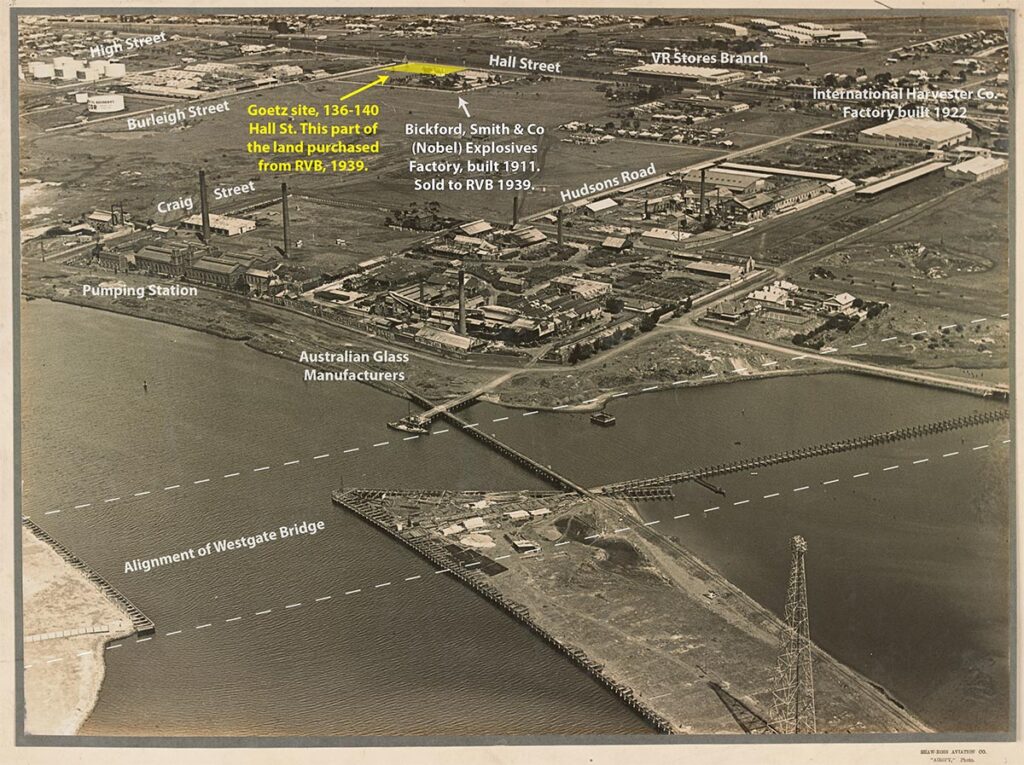 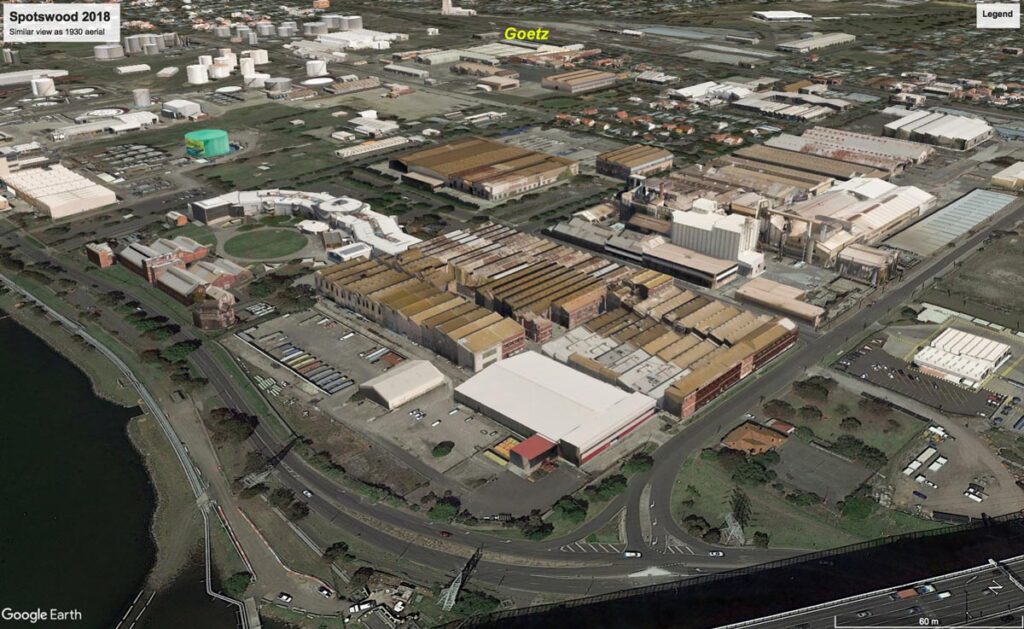 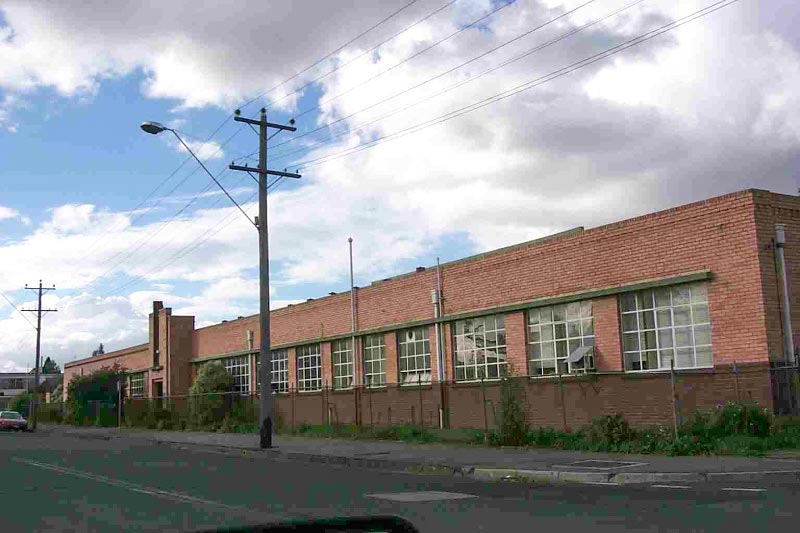 The caretaker’s house in Hall Street (see also in the two b/w aerial photos above), demolished by the new Goetz owner, despite a heritage overlay. Behind the Goetz site and to the rear left (between light pole and tree), there is a glimpse of the former Bickford, Smith and Co. Explosives Factory dating from 1911. Bickford, Smith and Co. sold part of their land (see aerial photos above) to Goetz around 22nd June 1939. 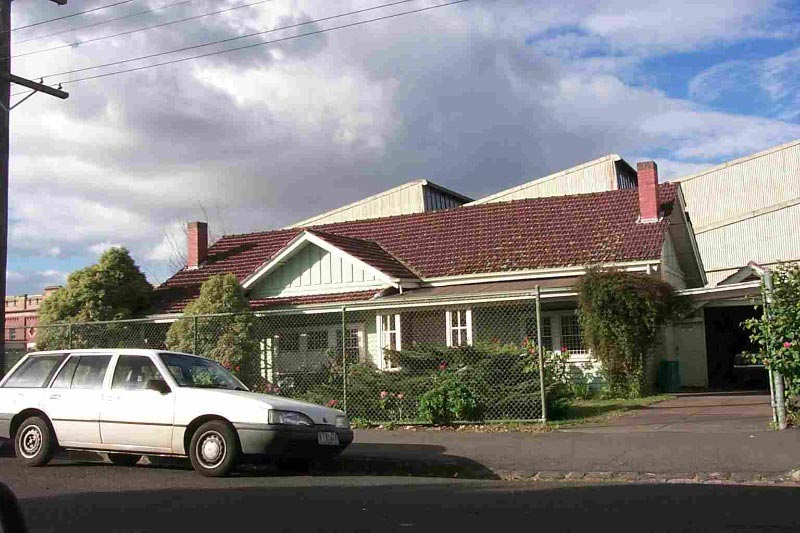