For more info on the wider Goetz family, visit Württemberg-Australia Scroll down to 1855 Goetz 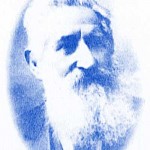 S.S. Great Britain now a floating museum piece in its original port of Bristol U.K., its hulk having being salvaged from the Falkland Islands in 1970. More information at Brunel’s SS Great Britain

It is unclear why he came to Australia, but perhaps it was to avoid military service. Had he remained in Germany, Gottlob may have been caught up in the Austro-Prussian war. In 1866 Württemberg took up arms on behalf of Austria, which resulted in defeat and occupation of the northern part of Württemberg by the Prussians.

Settling in Australia and working as an engineer under his Anglicized name of William G., it was not until he was aged 54, that he received his ‘Memorial for Letters of Naturalization’ on Aug 29th, 1895. 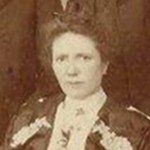 Together they had 11 children over the next 24 years! 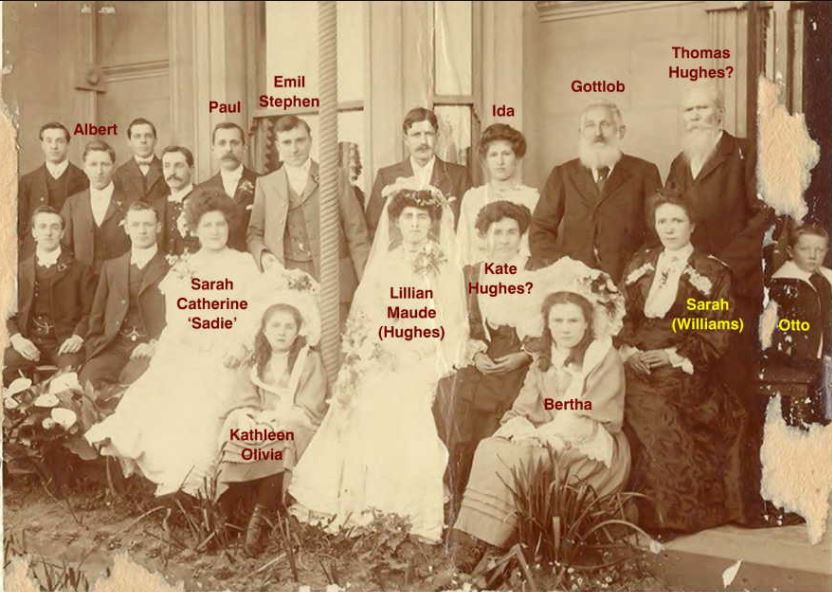 Above: Family photo taken at the wedding of Emil Goetz and Lillian Hughes, 20 September 1905

Gottlob had various addresses around Melbourne during the operation of his engineering works, but in 1898, he commenced leasing 80 acres of Crown Land for a family home ‘Almond Grove’, at Upper Beaconsfield, Gembrook Counties Evelyn & Mornington, where he lived with wife Sarah and their younger children.

Gottlob listed himself as an engineer in the local Berwick Shire rates until 1899, from whence he describes himself as ‘farmer’! Perhaps the success of the engineering business allowed him to retire that year at the age of 59. As the business operated in Melbourne, it may be that he paid for the land to be cleared and the house built whilst he was still working.

It is only the last child Caroline who is listed on her 1901 birth certificate as being born at ‘Almond Grove, Upper Beaconsfield’ rather than the city; quite surprising considering Sarah was about 47 years old. 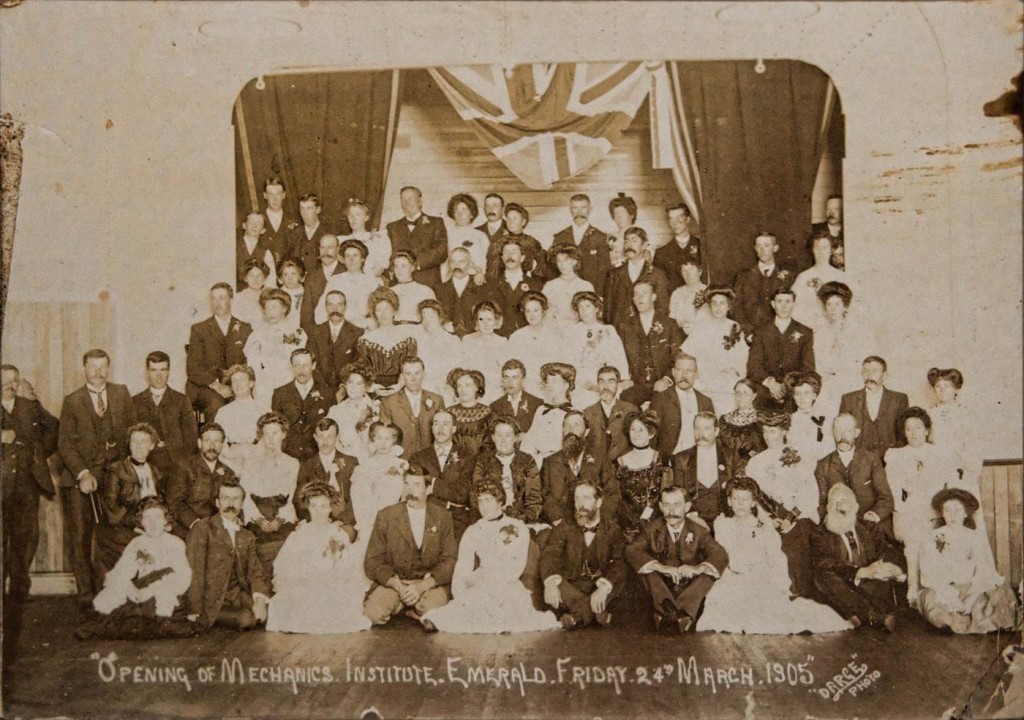 Above: Gottlob and wife Sarah (on floor at right) at the opening of the Emerald (Victoria) Mechanics Institute, Friday 24th March, 1905. Click image to enlarge.

Sarah Goetz was a co-signatory to an 1899 petition of Emerald region residents to the government, calling for the establishment of a school within the Emerald township; the existing school being situated 5 miles 8km away in Avon Road in today’s Avonsleigh. The petition included Sarah Goetz’s name, noting she had 4 children, Otto (4), Sarah (8), Kathleen (11), and Bertha (13). In 1909 when debate raged over the relocation this school, there was still one Goetz child on the roll, probably Caroline, the youngest, then 8 years old.

In the next couple of years Gottlob moved back to the city, probably because of the heart disease he suffered from. He died 12th May 1913 and the property was sold.

Part of the property now lies under the waters of Cardinia Reservoir, however the remains of the ‘Almond Grove’ house are still visible a short distance above the waterline, within the fenced off area of the reservoir reserve. 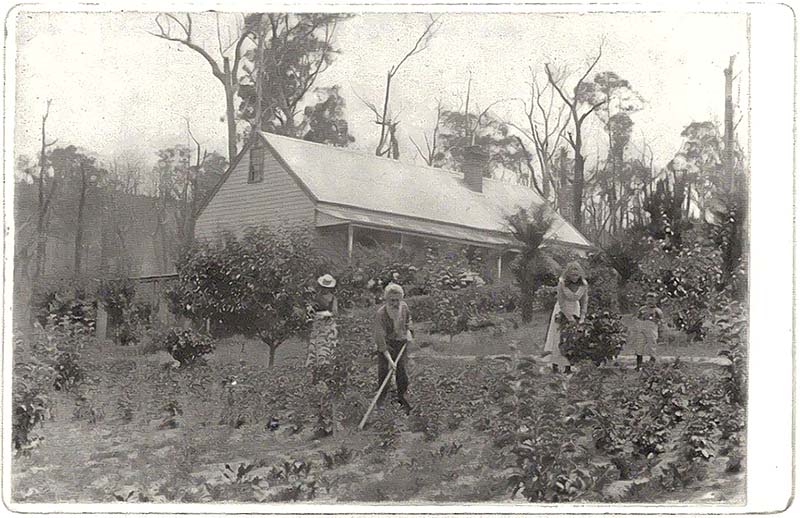 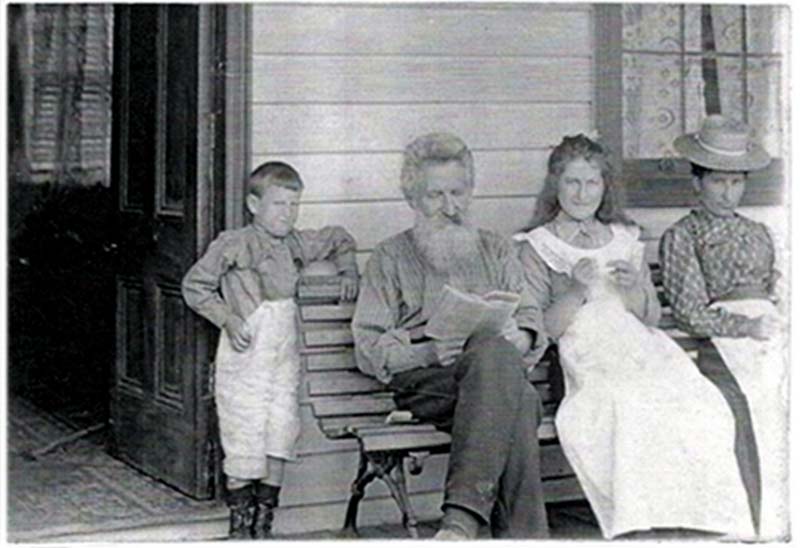 Below: 28th Sept 2011. Ruins of Goetz home ‘Almond Grove’, Cardinia Reservoir, near the waterline off Access Road 14. Photo taken in approximately the same position to where the 1903 garden photograph was taken from. 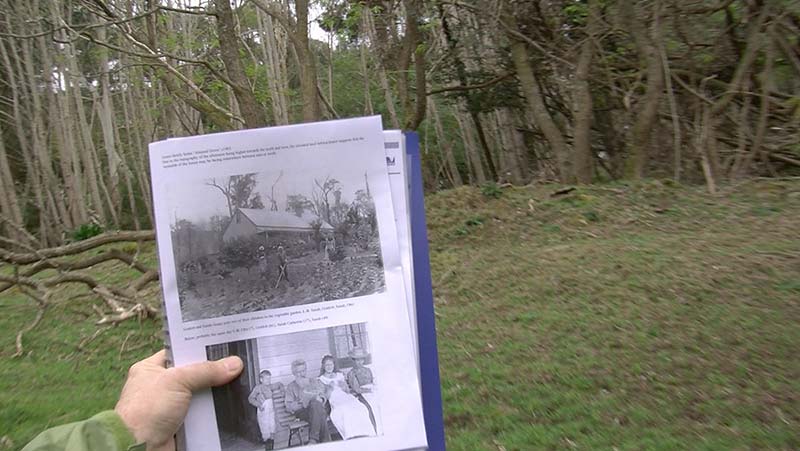 Below: ‘Almond Grove’ Chimney ruins. Made from ‘City’ bricks. City was the oldest brickworks in Melbourne had been operating since the late 1880s from a site in Toronga where the Coles HQ stands today. 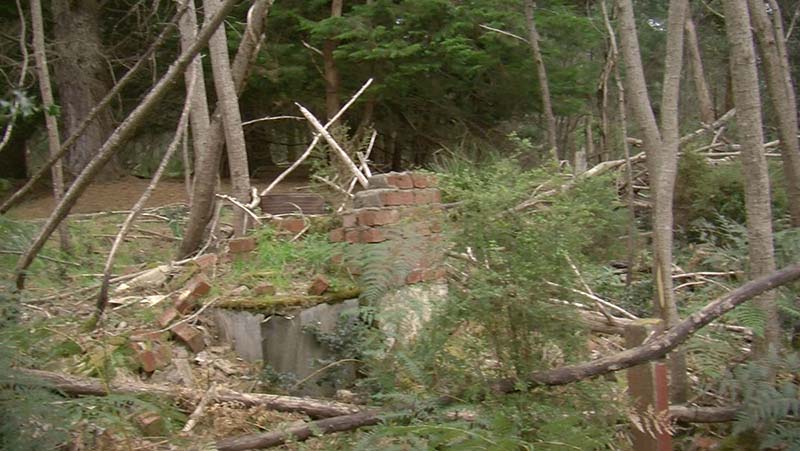 Below: Google Earth view across Cardinia Reservoir towards Emerald 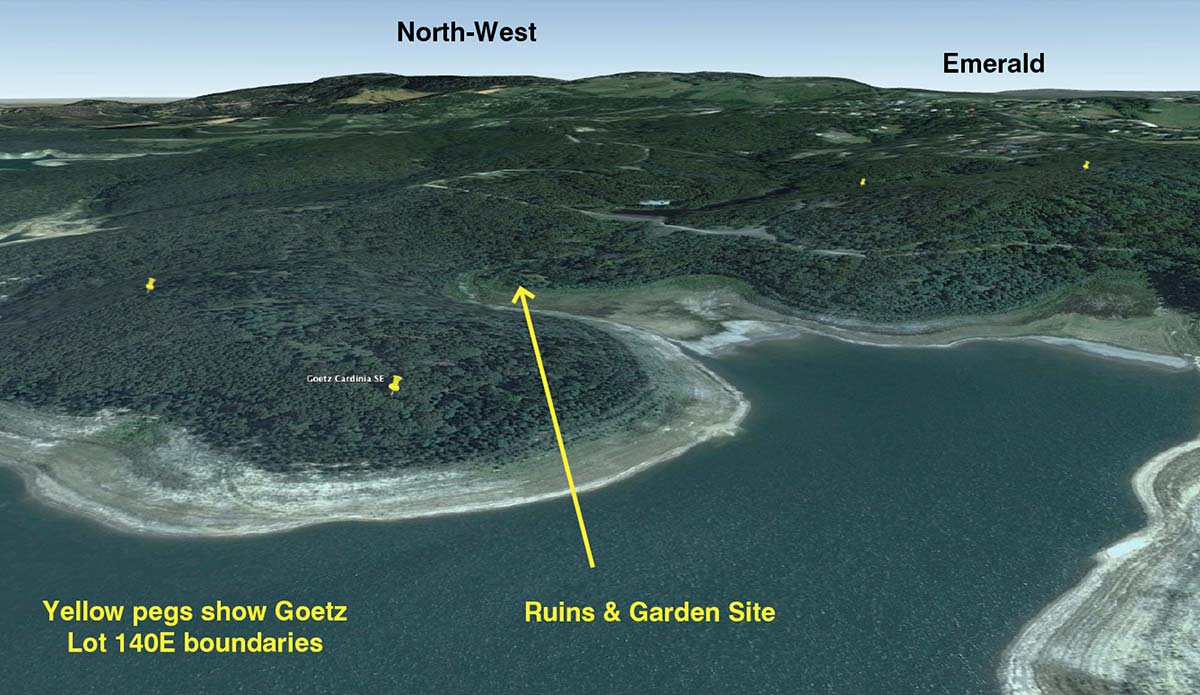 For information and the story of Gottlob’s engineering business, go to the ‘Company’ menu above.